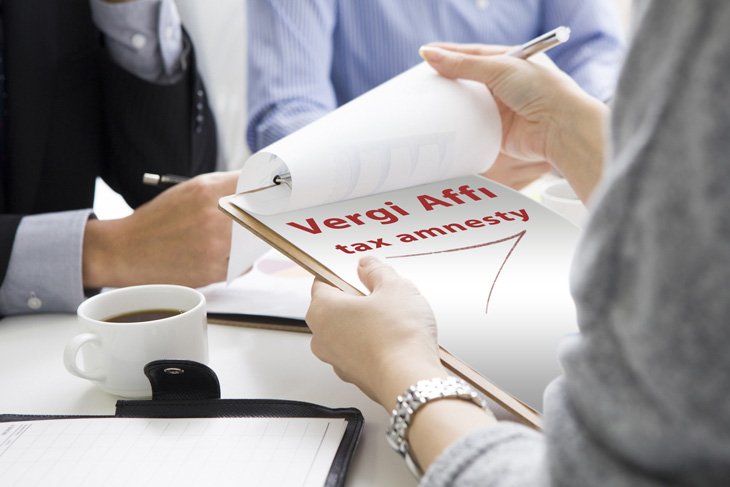 The Law regarding ‘’The Restructuring of Certain Receivables’’ – also known as Tax Amnesty, which also includes the restructuring of public receivables in many various tax types, has come into effect with the publishing of Official Gazette dated 19th of August 2016. In this framework, we will review the details of this law along with the notification published by Ministry of Finance on 23rd of August 2016.

In general terms; the regulations have been made towards specified receivables, unascertained rceivables or receivables in the case before the courts, taxes under investigation, tax base increase and inventory and record corrections

The Receivables Subject to Restructuring

The statement of ''receivables subject to restructuring'' comprise of receivables incurred until the date of 30th June 2016.

The applicants must apply to the relavant authority until the date of 31st October 2016. The payment deadline for the first installment is 30th of November 2016.

In essence, with the law regarding the restructuring of tax arrears, the late fees applying to the tax amount are substantially reduced while holding the tax amount constant and the total amount of tax and calculated late fee are rendered possible to be paid in upto 18 installments. These amounts can also be paid in two-monthly equal payments as 6,9,12 or 18 installments. Also, if down payment is preferred, 50% discount will be applied on the late fee to be re-calculated.

The restructuring applications for the debts to Tax Offices will also be able to be made online.

2. INCREASE OF TAX BASE AND TAX

In due course that, deficiencies exist in their previous declarations, the opportunity has been given to Income and Corporate Taxpayers to increase tax base and tax. For the periods, for which tax base has been increased, shall not be subject to tax audit for the relavant tax types. Applicants may apply for the increase of tax and tax base in terms of Income/Corporate Tax, Withholding Tax and Value Added Tax.

2.1. INCREASE OF TAX BASE IN THE DECLARATION OF INCOME/CORPORATE TAX

The taxpayers declaring income (tax base) in their Income/Corporate Tax declarations belonging to the period between years 2011 and 2015, are required to increase their tax bases by below stated rates/amounts at minimum. If the amount calculated upon the applcation of relavant rates are less than the minimum amount for increase, the tax shall be calculated based on the higher amount. The taxpayers who incurred loss in these periods wil be able to incrase tax bases depending on minimum amount of increase.

For example; Let's assume that, the tax base declared in the Corporate Tax Declaration is 35.000-TL for year 2011 and 65.000-TL for 2012 and the Taxpayer applies for tax base increase. The calculation and result will be as follows;

The total payable income/corporate tax due to increase in tax base is 9.150-TL. This amount can be paid in down payment as well as in installments.

The tax rate (F) has been taken into account as 15%. If the taxpayer has missed the deadlines to submit the declarations for 2011 and 2012 or delayed the payment of relavant taxes or benefited from 2nd and 3rd articles of this Law for these tax types, then this rate shall be applied as 20%.

2.2. INCREASE OF TAX BASE IN WITHHOLDING TAX

The taxpayers responsible to withhold Income or Corporate Taxes in relation to the wages paid to employed workers, payments to independent businesses, rent payments, etc. shall be able to increase tax for the periods between years 2011 and 2015. As the calculations differ according to payment types, we will explain separetely as below:

The calculation shall be made by applying the rates stated in Table-5 on the sum of all declared annual gross wage amounts In the Withholding Tax Declarations, which are submitted in regards to each taxation period.

The calculation shall be made by applying the rates stated in Table-5 on the sum of all declared annual gross payments made to independent business in the Withholding Tax Declarations, which are submitted in regards to each taxation period.

The calculation shall be made by applying the rates stated in Table-5 on the sum of all declared annual gross rent payments in the Withholding Tax Declarations, which are submitted in regards to each taxation period.

2.3. INCREASE OF TAX BASE IN VALUE ADDED TAX

VAT Taxpayers will be able benefit from the provisions of tax increase, if they accept to pay the VAT amount, which will be calculated based on the annual sum stated in the row named ''Hesaplanan Katma Değer Vergisi'' (Calculated VAT) within Nr. 1 VAT declaration submitted with regards to each taxation period between years 2011 and 2015. In this calculation, the applied rate cannot be less than the rates stated in Table-6. If no Calculated VAT exists in the submitted declarations, the Taxpayers must apply for tax base increase and over this amount VAT increase amount needs to be calculated. VAT shall be calculated with a rate of 18% to be applied on the amount subject to Tax Base increase.

3. PROVISIONS REGARDING THE CORRECTION OF BUSINESS BOOKINGS

3.1. Non-existing Goods That Have Been Recorded As Existing In The Workplace

Income and Corporate Taxpayers have been granted with the opportunity to declare until 30th of November 2016 inclusive the updates for their Goods that have been recorded in the Business but do not exist anymore, by issuing invoices and fulfill all kinds of tax-related obligations and hence rendering their records in compliance with actuality.

According to this article, in the Purchaser Details field in the invoices to be issued the statement of "Muhtelif Alıcılar (6736 sayılı Kanunun 6/2 maddesi çerçevesinde düzenlenmiştir)" (Various Buyers (Issued in respect to Article 6/2 of Law Nr. 6736)) will need to be written. The issuing of invoices in this way and the proceedings regarding the Goods registered to legal books do not indicate any different procedure than regular sales transactions.

The Value Added Tax payable in this extent, can be paid in three equal installments, first one being within the permitted period to submit declaration and the remaining installments to be paid in 2nd and 4th months following the month of declaration

3.2. Non-existing Cash Balance That Have Been Recorded As Existing In The Workplace and Receivables From Shareholders

Corporate Taxpayers keeping books on the basis of balance, have been granted with the opportunity to declare until 30th of November 2016 inclusive the updates for their Cash Balances that have been recorded in the Balance Sheet but do not physically exist, and the net receivable amount arising from the difference between the business' payables to shareholders and the receivables therefrom due to the business activities outside the company's core business (arising from reasons such as lending etc.) and other transactions recorded in other relavant accounts to fulfill all kinds of tax-related obligations and hence rendering their records in compliance with actuality.

When correcting accounts, it is also possible to consider the amounts that are recorded in other kind of accounts, which are relavant to cash balances and net receivables from shareholders.

Tax shall be calculated at a rate of 3% as applied on the declared amounts and the calculated tax shall be paid within the provided period to submit declarations (until 30th of November 2016).

Real persons and legal entities, who bring their currencies , gold, securities or other types of capital market instrumens from abroad until 31st of December 2016 within the scope of the provisions of said article, will be able to economise these assets without constraint.

Also, the currencies, gold, securities, other capital instruments and immovable assets in Turkey, which have not been recorded in legal books, will be able to be booked by Income and Corporate Taxpayers until 31st December 2016.

In due course of the assets brought in Turkey from abroad and the assets that are in Turkey and booked in relavant accounts; The beneficiaries of the provisions of this Article and their legal representatives shall not be subject to any kind of tax audit, tax calculation, any kind of investigations, questioning or interrogations nor be penalized with tax and administrative fines, of course reserving the cases where such processes shall be required due to other reasons.

Click here for full contents of the relevant Law.