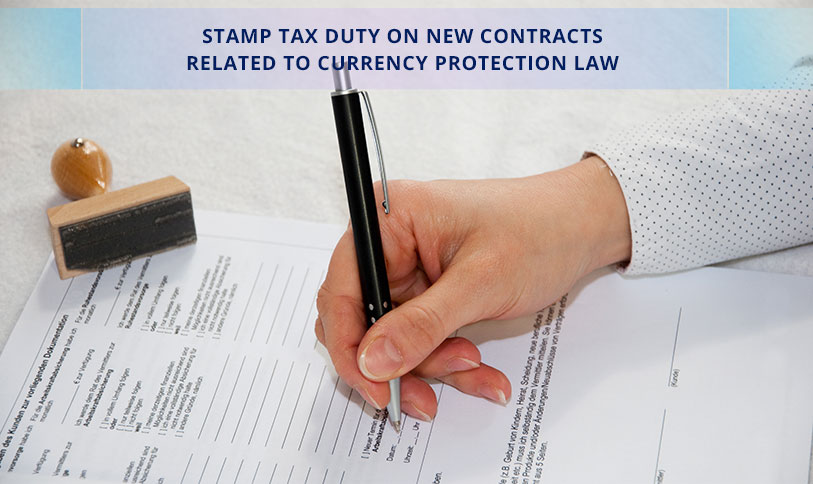 The prohibition of determining the contract price in foreign currency or based on foreign currency is imposed for many contracts (namely, chattel and real estate sales and leasing, financial leasing, labour, service and construction agreements) that are concluded between the Turkish residents, with 13/9/2018 dated and 85 numbered “the Decree on the Amendment of 32 numbered Decree regarding the Protection of Turkish Currency” (“Presidential Decree”). Under this new regulation, the necessary of amendment of the contract price converted into Turkish currency is needed for the contracts in the scope of the prohibition. At this point, a stamp tax problem occurs for the amended contracts.

The Revenue Administration published a Circular with the date of 22.11.2018 regarding the problems occurred in the practice when 85 numbered Presidential Decree and Stamp Tax Law are enforced together. You may reach the related Circular via this link.

According to the Circular, the stamp tax will not impose additionally in case the contracts or amendments in foreign currency which are concluded again in Turkish currency, carry some provisions. These provisions are states as follows in the Circular:

Yet, no stamp tax shall be imposed on the addendum due to the increased amount if the abovementioned provisions are held and the stamp tax is paid on maximum amount for the contracts drafted in foreign currency.

Besides, if the new contract/amendment to be drafted involves a higher amount of contract price comparing with the amount calculated in accordance with the selling rate of exchange of Central Bank on the drafting date, without making any alteration on the contract in foreign currency, the stamp tax will be imposed on the increased amount with the provision of not paying the stamp tax in the first contract on the maximum amount.

Written by Seda Arıcı, Posted in Taxation Law, Foreign Exchange Legislation, Law on Protection of the Value of Turkish Currency